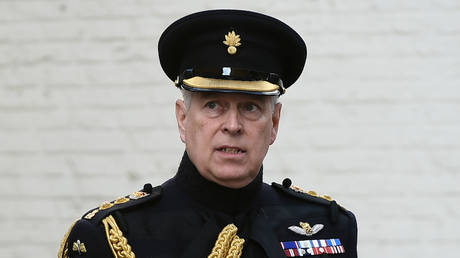 Boris Johnson has revealed that US authorities have not made an official approach to the British government seeking permission to talk to Prince Andrew over his friendship with convicted pedophile Jeffrey Epstein.

In a radio interview on Friday the UK Prime Minister said that “everybody’s sympathies” are with Epstein’s victims but he wouldn’t comment on matters relating to the royal family.

When pressed about what the government’s response would be if US officials sought access to Queen Elizabeth’s second son, Johnson stressed that “no such approach has been made. It’s a matter for the royal family.”

Also on rt.com
Feds nab Ghislaine Maxwell over sex trafficking for Epstein. Will she now cut a deal and throw sweaty Prince Andrew to the sharks?


Johnson’s comments come after US prosecutors said they would “welcome” Prince Andrew’s testimony after the FBI arrested his friend Ghislaine Maxwell on charges of sex trafficking for Epstein on Thursday.

Prince Andrew had a high-profile friendship with Epstein for many years, even after the financier was accused of a litany of sex crimes involving underage girls in 2005. At the time of his death, in prison in August 2019, the disgraced billionaire was awaiting trial for trafficking “dozens” of minors for sex.

The prince has been accused of having sex with a teenage girl provided to him by Epstein. He categorically denies the charge, and still maintains he doesn’t remember meeting the alleged victim. The denials come despite the royal being photographed embracing her in an image that also captured Maxwell in the background.

By End of June Employees under Labour Contract Decrease by 4.5% Year on Year, Wages Go Up by 6.1% on Average – News