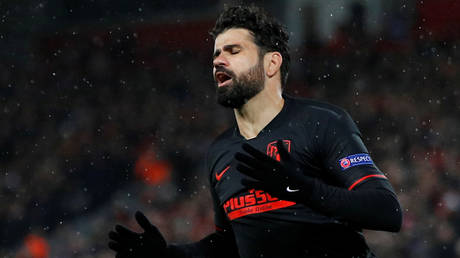 Prosecutors in Madrid are reportedly pursuing Atletico Madrid forward Diego Costa over an alleged tax fraud of more than $1.1 million relating to undeclared image rights payments from his time with Premier League Chelsea in 2014.

Costa was reported to have agreed to plead guilty to tax evasion and repay the vast sum during an income tax case last year, as well as accepting a fine of around $658,000 instead of a jail sentence.

Now the Brazil-born striker is facing trial in Madrid next week over the allegations that he used shell companies based in the British Virgin Islands or Ireland to hide his true tax bill, according to Cadena Sar.

The Hacienda tax operation has accused Costa of obtaining an income through the transfer of his image rights and asking Chelsea to pay more than $5.5 million to the shell companies as part of an attempt by the player to earn “illicit benefit.”


Spain’s tax agency had claimed that Costa failed to declare income earned in 2014 from an Adidas sponsorship deal signed shortly before he joined Chelsea from Atletico.

Costa earned around $182,000 a week after moving to Stamford Bridge for $39 million, scoring an impressive 52 goals in 89 appearances and winning the Premier League in his first and third seasons with Roman Abramovich’s club.

Also on rt.com
‘I sh*t on your mother’: Diego Costa facing extended ban for referee rant as star sees red vs Barca


He has been less prolific since returning to Atletico in January 2018, where he earns $8.5 million a year, but was reported to have surprised directors by pushing for a payrise in October 2018.

Costa is the latest high-profile player to face prosecution over taxes by authorities in Spain. Barcelona icon Lionel Messi did not serve time for a 21-month tax fraud sentence issued in 2016, and Ballon d’Or rival Cristiano Ronaldo was fined $21.6 million in January last year.

Trump threatens WHO with permanent freeze over coronavirus response