Kourtney Kardashian, Travis Barker: The Flip It Like Disick star had “given his blessings” to Kourtney and her beau Travis Barker months ago but it did not seem the case when screen shots of his conversation was leaked by Younes on Instagram.

In the texts, the 38-year-old texted “Yo is this chick ok!??? Broo like what is this. In the middle of Italy” along with an intimate photo of Kourtney and her man sharing a PDA-filled moment together.

Even being 10 years younger, Younes showed immense maturity as he replied: “Doesn’t matter to me as long as she’s happy PS: I ain’t your bro.”

He also made it clear that he and Scott were never friends as he wrote: “Keep the same energy you had about me publicly, privately.” 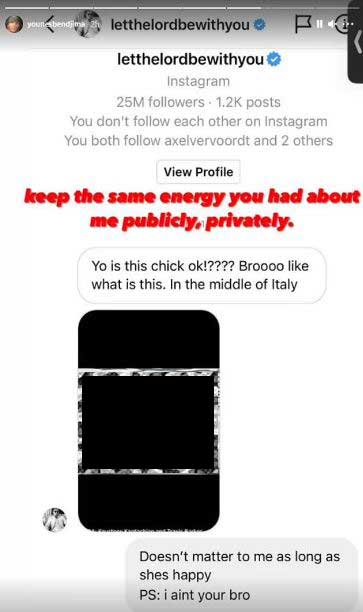 His statement comes after Scott said in the Keeping Up With the Kardashians reunion that he wanted to “kill” anyone who was linked with his ex and specifically mentioned “Well, the last guy. Let’s all be honest here.”

Younes later continued to share a bold message as he defamed Scott’s character in another Instagram Story.

“Couldn’t miss this one. He been playing around for too long, tried to stay quiet and be the nice guy,” he wrote.

University of York as a very interesting PhD Studentships