Welcome back to This Week in Apps, the Extra Crunch series that recaps the latest OS news, the applications they support and the money that flows through it all.

The app industry is as hot as ever, with a record 204 billion downloads and $120 billion in consumer spending in 2019. People are now spending three hours and 40 minutes per day using apps, rivaling TV. Apps aren’t just a way to pass idle hours — they’re a big business. In 2019, mobile-first companies had a combined $544 billion valuation, 6.5x higher than those without a mobile focus.

In this Extra Crunch series, we help you keep up with the latest news from the world of apps, delivered on a weekly basis.

This week, one story completely took over the news cycle: Hey vs. Apple. An App Store developer dispute made headlines not because Apple was necessarily in the wrong, per its existing rules, but because of a growing swell of developer resentment against those rules. We’re giving extra bandwidth to this story this week, before jumping into the other headlines.

Also this week we look at what’s expected to arrive at next week’s WWDC20, the TikTok clone Zynn getting banned from both app stores (which is totally fine, I guess!), Facebook’s failed attempts to get its Gaming app approved by Apple, as well as some notable Android updates and other app industry trends.

One story dominated this week’s app news. Unless you were living under the proverbial rock, there’s no way you missed it. After Basecamp received App Store approval for its new email app called Hey, the founders, David Heinemeier Hansson and Jason Fried, turned to Twitter to explain how Apple had now rejected the app’s further updates. Apple told Basecamp it had to offer in-app purchases (IAP) for its full email service within the app, in addition to offering it on the company website. They were not happy, to say the least.

This issue came to a head at a time when regulators are taking a closer look at Apple’s business. The company is facing antitrust investigations in both the U.S. and the E.U. which, in part, will attempt to determine if Apple is abusing its market power to unfairly dominate its competitors. In Hey’s case, the subscription-based app competes with Apple’s built-in free Mail app, which could put this case directly in the regulators’ crosshairs.

But it also brings up the larger concerns over how Apple’s App Store rules have evolved to become a confusing mess which developers — and apparently even Apple’s own App Store reviewers — don’t fully understand. (Apple reportedly told Basecamp that Hey should have never been approved in the first place without IAP.)

Apple has carved out a number of conditions where apps don’t have to implement IAP, by making exceptions for enterprise apps that may have per-seat licensing plans for users and for a set of apps that more directly compete with Apple’s own. These, Apple calls “reader” apps, as they were originally directed making an exception for Amazon’s Kindle. But now this rule offers exceptions to the IAP rule for apps focused on magazines, newspapers, books, audio, music, video, VoIP, access to professional databases, cloud storage, and more.

That leaves other digital service providers wondering why their apps have to pay when others don’t.

Apple didn’t help its argument, when earlier in the week it released a report that detailed how its App Store facilitated $519B in commerce last year. The company had aimed to prove how much business flows through the App Store without Apple taking a 30% commission, positioning the portion of the market Apple profits from as a tiny sliver. But after the Hey debacle, this report only drives home how Apple has singled out one type of app-based business — digital services — as the one that makes the App Store its money.

Apple’s decision to squander its goodwill with the developer community the week before WWDC is an odd one. Heinemeier Hansson, a content marketing expert, easily bested the $1.5 trillion dollar company by using Apple’s hesitance to speak publicly against it. He set the discussion on fire, posted App Store review email screenshots to serve as Apple’s voice, and let the community vent.

Amid the Twitter outrage, large publishers’ antitrust commentary added further fuel to the fire, including those from Spotify, Match, and Epic Games.

For more reading on this topic, here are some of the key articles:

The Hey debacle is only one of many examples of how Apple exerts its market power over rivals. It has also repeatedly denied Facebook’s Gaming app entry to its App Store, citing the rule (Apple Store Review Guidelines, section 4.7) about not allowing apps whose main purpose is to sell other app, The NYT revealed this week.

Facebook’s Gaming app, which launched on Android in April, isn’t just another app store, however. The app offers users a hub to watch streamers play live, social networking tools, and the ability to play casual games like Zynga’s Words with Friends or Chobolabs Thug Life, for example. The latter is the point of contention, as Apple wants all games sold directly on the App Store, where it’s able to take a cut of their revenues.

One of the iterations Facebook tried was a version that looked almost exactly like how Facebook games are presented within the main Facebook iOS app — a single, alphabetized, unsortable list. The fact that this format was rejected when Apple already allows it elsewhere is an indication that even Apple doesn’t play by its own rules.

Zynn gets kicked out of App Store 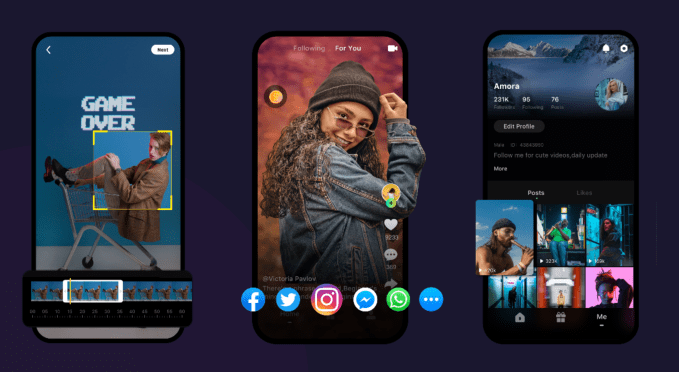 Zynn, the TikTok clone that shot to the top of the app store charts in late May, was pulled from Apple’s App Store on Monday. Before its removal, Sensor Tower estimates Zynn was downloaded 5 million times on iOS and 700,000 times on Google Play.

US jobless claims keep climbing to hit 38.6mln since lockdowns

Investment in premium prize bonds surges 211pc till May

KARACHI: Investment in premium prize bonds of Rs40,000 denomination has surged more than two times in a year owing to