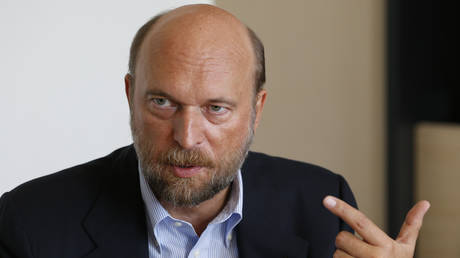 Russia’s Deposit Insurance Agency (the DIA) has hired the Alfa Group to go after the vast wealth of fugitive ex-oligarch and Western media favorite Sergey Pugachev.

Moscow is seeking Pugachev’s funds after a financial institution he created – the International Industrial Bank (Mezhprombank) – went bust and lost 72.5 billion rubles ($1.03 billion). He is wanted over accusations that the bankruptcy was deliberate.

Dubbed ‘Putin’s banker’ by Anglo-American reporters, Pugachev left Russia in 2011 after obtaining French citizenship, and the DIA has been attempting to expropriate his foreign assets ever since. The hiring of Alfa Group shows a distinct ramping up of these efforts.
Russia has had some success chasing Pugachev’s assets abroad, with the High Court in London freezing more than £1 billion ($1.23 billion) worth of assets.

Also on rt.com
Most Russian companies face huge losses due to virus lockdown & have difficulty getting government aid


In 2015, Pugachev filed a lawsuit against Russia, countersuing for $14.5 billion. The Hague tribunal rejected Pugachev’s demand in June 2020.

Amid excitement over cricket’s return, there are debts to be repaid