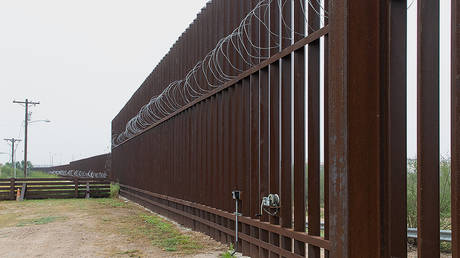 De-globalizing the world economy and blaming China for the current viral outbreak is the opposite of what needs to be done to ensure humanity is prepared for future pandemics, Beijing has argued in a white paper on Covid-19.

“Covid-19 is changing the form but not the general trend of economic globalization. Decoupling, erecting walls and deglobalization may divide the world, but will not do any good to those who themselves are engaged in these acts,” China warned in the 65-page document detailing its response to the coronavirus, which was published on Sunday.

The white paper was issued by the State Council Information Office and explains how the deadly coronavirus was discovered and what China did to tackle the outbreak.


Beijing stands accused by the US and some of its allies of covering up the severity of the pandemic, and of possibly being its cause, with some suspecting the virus was accidentally released from a lab in Wuhan. The Chinese government rejected the allegations and said it sees them as an attempt to move the blame for the massive deaths and damage caused by the disease in the US.

“Certain countries ignored [warnings from China], and now blame China for their own failure to respond to the epidemic and protect their people’s lives. Those who are intent on maligning others will easily find a pretext,” the document said.

The accusations are “a calculated slur on the 1.4 billion Chinese people, including those killed by the virus, and on millions of Chinese medical workers,” suggested the paper, noting that China’s “efforts should be duly recognized, and it should not be criticized groundlessly.”

Also on rt.com
George Floyd protest is ‘for the benefit’ of ‘democratic struggles’ abroad – US group NED, known for promoting regime change


Beijing believes that the rational response to the outbreak is to create a global system for preventing and mitigating future outbreaks, which are inevitable in a globalized world. The future healthcare system will need sustained funding and a robust mechanism for detecting new diseases early and deploying a global coordinated response that would “put life above everything else.”

Genuine international cooperation is needed to weather the ongoing pandemic and rehabilitate the world economy, the paper said. As a major manufacturer, China “will continue to supply the international market with anti-epidemic materials, pharmaceutical ingredients, daily necessities, and other supplies,” it pledged. China will also “continue to advance reform and opening up, expand imports and outbound investment.”

Also on rt.com
G7 is indeed outdated and out of touch, Moscow agrees with Trump, but without China it will stay that way


The global number of Covid-19 cases has surpassed 6.9 million, with almost 400,000 deaths associated with the coronavirus recorded as of Sunday. The US accounts for more than a quarter of those cases and deaths. The administration of President Donald Trump has been accused by domestic opposition of botching the national response to the pandemic.

The diabolical ironclad beetle is, as its name suggests, one tough insect. Clad in super-tough body armour, the beetle can

Chile’s social uprising: One year on

Daniher will add “a fair bit”