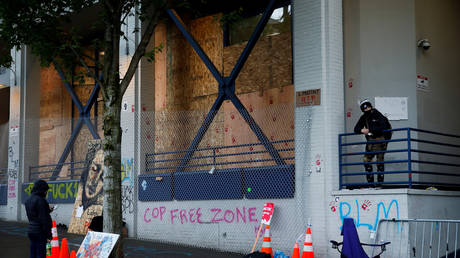 Seattle has been overrun by “domestic terrorists,” US President Donald Trump said, slamming “Radical Left Democrats” after a self-styled anarchist commune was set up around an abandoned police station in the city.

Calling for “LAW & ORDER” in his standard all-caps style on Wednesday night, Trump decried the situation in Seattle following days of heated protests over police brutality, blaming its Democratic leadership for losing control of the city.

Seattle police abandoned their East Precinct headquarters in the Capitol Hill neighborhood on Sunday, allowing activists to move in and set up an “autonomous zone” spanning several city blocks. Their creation has been dubbed the “Capitol Hill Autonomous Zone,” or CHAZ, apparently fashioned as an anarchist commune of sorts.

Coronavirus: Spain races to save tourism as cases surge

For much of the first decade of his career, Elton Chigumbura was among the first names on the Zimbabwe team

‘I was so high on ice, I don’t remember’