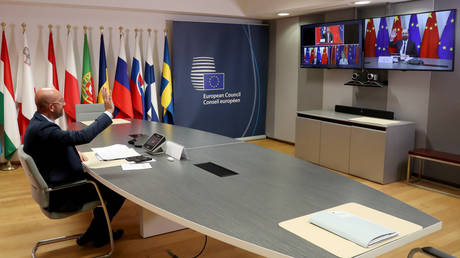 German Chancellor Angela Merkel said earlier that Germany would raise issues such as human rights with China during its presidency of the EU that began this month.

The EU must speak with one voice to China if it wants to achieve ambitious deals that secure the bloc’s interests, Reuters quoted Merkel as saying on Friday.

Toshakhana gifts worth millions of rupees put on auction

ISLAMABAD: The government has decided to auction various items available in the Toshakhana of the Cabinet Division. These items range

WhatsApp's new 'linked devices' feature: What does it offer users?

‘Our boy is coming home’