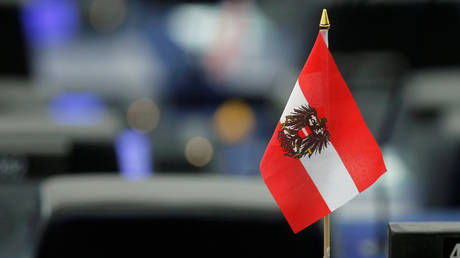 A court in Salzburg, Austria has sentenced an unnamed retired colonel of the Austrian armed forces to three years in prison on charges of being a spy for Russia.

The court’s spokesman confirmed the sentence to reporters on Tuesday, but did not disclose the officer’s identity. The colonel was first arrested in 2018, with Chancellor Sebastian Kurz personally alleging that the accused had spied for Russia for at least 25 years, since 1992.

The Austrian government initially said the case was brought to its attention by an intelligence agency of an allied country, later revealing that to be Britain.


The spy scandal came after Kurz refused to expel any Russian diplomats as part of a mass purge initiated by the UK, following the alleged “chemical attack” on former double agent Sergey Skripal in Salisbury in March 2018, for which London blamed Moscow but never presented evidence.

Austria has since issued an international arrest warrant for Igor Zaitsev, whom they described as a high-ranking Russian intelligence officer who allegedly recruited the mystery colonel. The Russian government has denied this.

Six months after the colonel’s arrest, Kurz’s government was toppled in a no-confidence vote over the ‘Ibiza tapes’ scandal, which his coalition partner Heinz-Christian Strache described as “a honey trap stage-managed by intelligence agencies.” Kurz won the snap election in September 2019 and has served as chancellor since January 2020, this time in coalition with the Green Party rather than the Strache’s FPO, which the EU establishment has denounced as “pro-Russian.”

First Viking ship excavation in a century begins in Norway

Dhaka Premier League ‘not possible’ this year, can only start in January